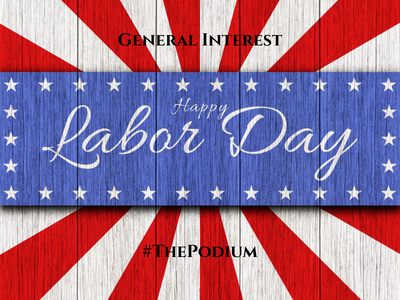 So as September 5th arrives, appreciate that many changes have been implemented over the last one hundred and twenty-eight years. Remember, we are no longer required to work 12-hour days, seven days a week. Our children no longer work in mills, factories, or mines across the country. As this might mark the end of summer for many, others will celebrate with parties, street parades, or athletic events; this is a day for celebration by all.