Below you will find information on upcoming conferences, classes and webinars.

Also check out our Local Association Events page for events running at your local LSA or LPA. 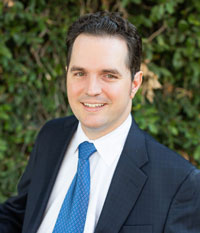 Our Speaker, Andrew Dignan, will explain how to Understand the Value of Estate Planning and the Probate Administration Process.

Andrew received both his law degree and civil engineering degree from the University of California, Berkeley. Excluding the years, he attended UC Berkeley, he has lived in Modesto his whole life. 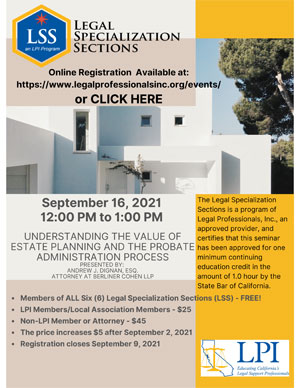 Free for all legal professionals! A live Zoom event which will be streamed via Facebook.

Location: Zoom link will be provided at a later time

If you have any questions, please email socialmedia@legalprofessionalsinc.org.

Please join us as we interview the coordinator of the LSS program, Mary Lou Floyd, CCLS and the team that makes this program possible.

Legal Specialization Sections provide access to continuing education workshops and seminars. Membership includes: access to free quarterly workshops; quarterly newsletters containing up-to-date information, including changes in the law and forms; statewide roster of all members in each section for easy access to local procedural information in other counties; and networking opportunities. Membership in all 6 Sections includes free live LSS Webinars. 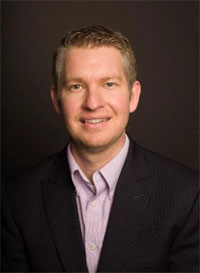 Our speaker will discuss various ethical issues and legal requirements relating to social media and the law. Some of the topics discussed will be how to properly preserve and authenticate social media content, the fallacy of social media privacy and what should/shouldn’t be discussed about your cases on social media.

Joseph Jones is a licensed Private Investigator and the Vice President of Bosco Legal Services, Inc. Joseph has worked in almost every position at Bosco, starting with sweeping the parking lots, and as such has an intimate knowledge of every facet of the business. Joseph is a Certified Social Media Intelligence Expert, Certified Expert in Cyber Investigations, and holds multiple certifications in Open Source and Cyber Intelligence. He also has degrees in Psychology and Social & Behavior Sciences.

Joseph has received over 1,000 hours of specialized training and regularly teaches courses to attorneys, paralegals, insurance professionals, and contributes to their various publications. Joseph has appeared as an Expert Witness in legal cases on various topics. When he’s not tracking down bad guys or digging up the truth, he enjoys spending time with his beautiful wife and 4 active children. 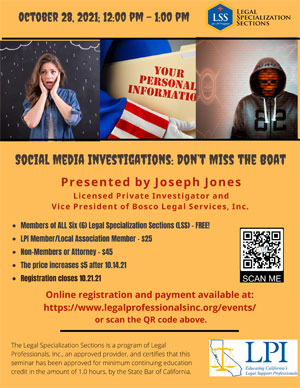 Spotlight on Appeals will offer insight into the appellate process, beginning with the filing of the notice of appeal through petition for review and everything in between. Discussion will include common pitfalls as well as traps for the unwary and how to avoid them. 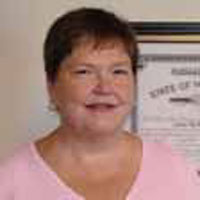 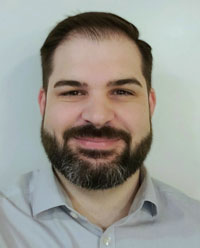 Todd is a California native. He was born in Mountain View, California and raised in Roseville, California. Todd graduated from Oakmont High School in Roseville in 2006 and received his Bachelor of Arts degree in Biological Sciences from California State University, Sacramento in 2012.

Todd was promoted to the position of Supervising Deputy Clerk for the Court of Appeal, Third Appellate District, in Sacramento, California in April 2019. Todd was originally hired fulltime as an office assistant in November of 2012. Prior to that, Todd had worked on and off as temporary staff for the Court of Appeal since the summer of 2006.

Todd is also a registered Pharmacy Technician with the California State Board of Pharmacy and has been since August of 2010. 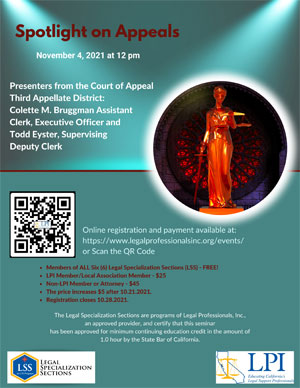 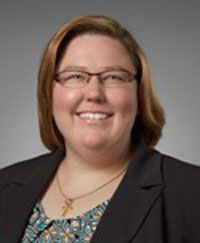 This presentation will focus on various insurance fraud and labor code related offenses, including workers’ compensation fraud, disability and healthcare fraud, life insurance and annuity fraud, and auto insurance fraud, as well as wage theft, tax evasion, unfair business practices and labor trafficking. Topics covered will include red flags to watch out for and what to do if you suspect fraud.

Tamara Martin has been a Deputy District Attorney with the San Diego District Attorney’s Office’s Insurance Fraud and Workplace Justice Division for over six years. During that time, she has become an expert in the prosecution of insurance fraud and companion crimes such as tax evasion, money laundering and wage theft. Ms. Martin also prosecutes healthcare fraud, including billing fraud and the receipt/payment of kickbacks for referrals. She was a primary prosecutor for Operation Backlash, which was the biggest healthcare fraud prosecution in San Diego County history. Prior to her criminal law career, Ms. Martin worked as a case assistant in the area of Insurance/Bad Faith defense for almost a decade and a civil employment litigation attorney for two years. 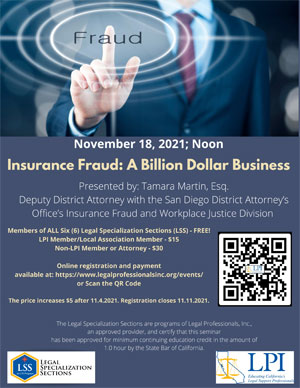 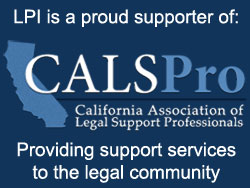 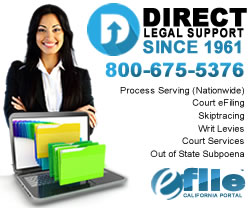 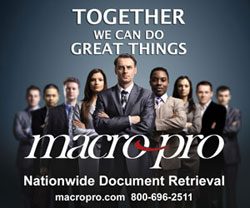 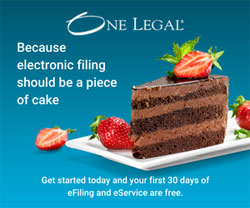 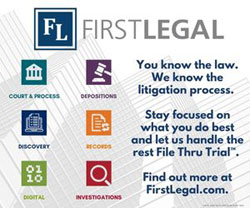 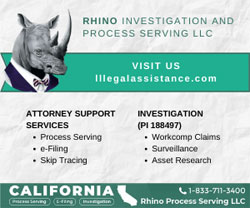 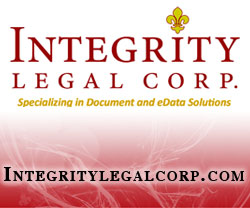 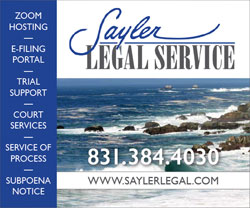