A Look Back in Time: A Custody Battle Series – Part Two of Three 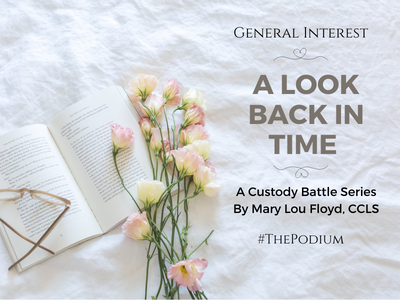 In 1934, a 10-year-old girl became an unwilling tabloid sensation. She was the subject of a nasty custody battle between her widowed mother and her aunt. The young girl’s father had died in 1925 of cirrhosis of the liver. At the time of his death, he left behind a 19-year-old wife, now a widow, and an 18-month-old daughter. Remember, these events happened between 1924 and 1934. It was a different era with different standards.

The information that was brought out at trial and that the press willingly published for the hungry eyes and ears of the Depression-era Americans contained glimpses into the world of the ultra-rich clan, a neglectful glamorous mother, a scandalous royal affair, and pornography. What year is this again? 1934. Imagine the scandal!

The little girl’s family was immensely wealthy, lived a life of grandeur, and were part of America’s upper class with extreme wealth while Depressions-era Americans lived in extreme poverty.

The young mother made claims against the aunt that she was holding her daughter captive. The aunt sued the mother for full custody.

Click here to go back and review part one of this series.