What to Know About the Judicial Branch Budget 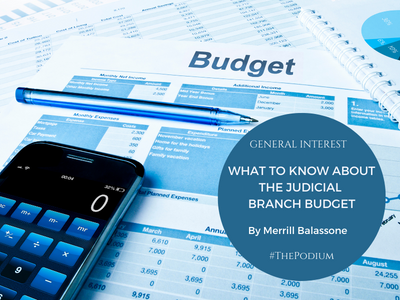 Governor Gavin Newsom on Monday signed a budget that includes $1.2 billion in new funding for the judicial branch, supporting many longstanding priorities of Chief Justice Tani Cantil-Sakauye and the Judicial Council of California to expand access to justice.

“This year’s budget represents an unprecedented Chief Justice Cantil-Sakauye investment in our judicial branch, and I thank the Governor and Legislature for their continued dedication to providing access to justice with sustainable funding for our courts.

In supporting access to justice, this budget will fund significant investments in technology, provide critically needed judgeships and courthouses, and expand remote access to court proceedings that played a key role during the pandemic.

As we emerge from the effects of the pandemic, this historic budget will benefit all Californians who depend on a functioning justice system.”

Here are some of the key areas receiving new funding: