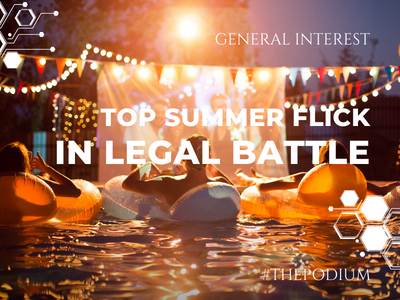 How much of an idea is intellectual property and therefore copyrighted? When Paramount bought the rights to the 1983 magazine article, Top Guns written by Ehud Yonay and made the movie Top Gun they never anticipated they’d be in court 35 years later. That’s exactly what happened when the Pandemic hit and the long-awaited sequel Top Gun: Maverick was delayed. Though Paramount says production on the film was sufficiently completed in 2019 and many delays pushed the release of the movie well into 2022. That is two years after the heirs of the writer insist the copyright of Top Guns reverted back to the family. The family sent notice to Paramount in 2018 confirming that the heirs would be reclaiming the copyright and Paramount failed to reacquire the rights before expiration. With over $550 million in box office sales on the table, Paramount will have an uphill battle with the timeline of when filming was officially completed. Not only could they lose the profits on the movie, but they could also lose out on any further movies and spinoffs of Top Gun: Maverick.