Do You Spring Forward or Fall Back? 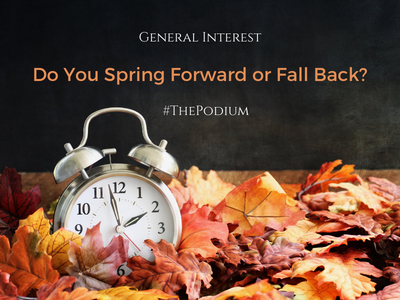 Do you Spring Forward or Fall Back?

It’s that time of year again. Daylight Savings Time ends at 2:00 AM on Sunday, November 6, 2022. Your clock needs to be set back one hour according to the old adage of “fall back.” Why do we change our clocks and who suggested it?

Though daily schedules were adjusted since the time of the Romans so they could take advantage of the daylight it wasn’t until 1895 that Daylight Savings Time was proposed. In 1895, George Hudson, a New Zealand entomologist proposed this change. His purpose was to allow him more daylight to collect insects after working all day. Though it wasn’t until 1907 when English builder and outdoorsman William Willett independently had the same thought that action was taken. Willett’s reasoning was that too many people slept through a large part of a summer day and he disliked cutting his golf short at dusk during the summer. It is a myth that the change was due to Farmers needing more daylight. It is also a Myth that it was Benjamin Franklin who suggested DST. Though he published the proverb “early to bed and early to rise makes a man healthy, wealthy, and wise,” he wanted Parisians to rise earlier to save candles by using morning sunlight.

In 1907, William Willett published his proposal for daylight savings time.

February 12, 1908 – proposal to the British House of Commons. Not Passed

Many states are attempting to pass laws to implement staying on Daylight Savings Time so who knows where we’ll be next year?