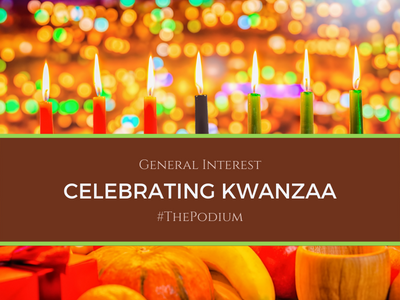 Those celebrating Kwanzaa will do so from December 26 to January 1, culminating in a communal feast called Karamu. Kwanzaa was created by activist Maulana Karenga, based on African harvest festival traditions from various parts of West and Southeast Africa. It was initially created in California and first celebrated in 1966, but has since spread outside of the United States.

Kwanzaa was derived from the Swahili phrase matunda ya kwanza meaning “first fruits”. Initially, Kwanzaa was meant to be an alternative to Christmas but that changed a few years after the initial celebration to be more inclusive. It is the intent of Kwanzaa to celebrate the seven principles of African Heritage. The principles of African Heritage include: Unity, Self-determination, Collective work and responsibility, Cooperative Economics, Purpose, Creativity, and Faith.