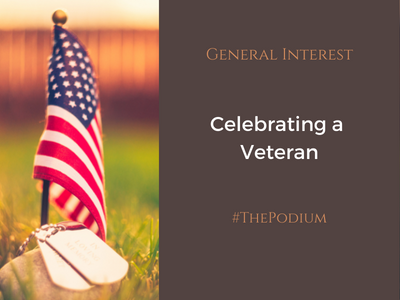 Veterans Day is a federal holiday observed on November 11 honoring military veterans of the United States Armed Forces. Though known by some countries as Armistice Day or Remembrance Day, it is celebrated around the world to mark the anniversary of the end of World War I. Major hostilities of World War I formally ended at the 11th hour of the 11th day of the 11th month in 1918.

United States Congress adopted the resolution on June 4, 1926, requesting President Calvin Coolidge issued a proclamation to observe Veterans Day on November 11th with appropriate ceremonies. A Congressional Act was approved on May 13, 1938, making November 11th a federal holiday, a day dedicated to the “cause of world peace and to be thereafter celebrated and known as Armistice Day.”

In 1954, World War II veteran Raymond Weeks wanted to expand Armistice Day to celebrate all veterans, not just those that died in World War I. Weeks led an annual celebration of all military personnel until his death in 1985. President Dwight D. Eisenhower signed a bill on May 26, 1954, establishing the National holiday for all Veterans though it wasn’t until June 1, 1954, that it was officially changed to Veterans Day.

While we were here at home,

They traveled land and sea,

To make sure we stayed safe,

To protect and keep us free.

Words are not enough;

To give them what they’re due.

On Veterans Day please thank them

For their service, to me and you.