What is the Meaning of Rosh Hashana? 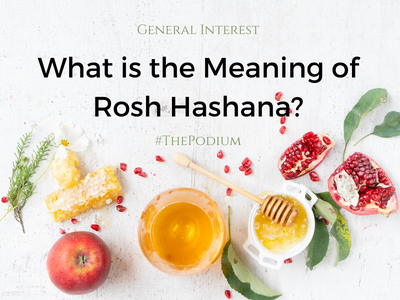 So, what happens on Rosh Hashanah?  On the eve of Rosh Hashanah (the first of the two-day celebration), Jewish people go to Temple to welcome in the New Year.  A service is held to close out the former year and start the new one.  The evening service typically does not include the blowing of the Shofar (or rams’ horn).  In most Temple that is saved for the morning service for the next day.  However, it can vary from each Temple or sector of Judaism. The blowing of the Shofar represents the trumpet blast that is sounded at a king’s coronation. Its plaintive cry also serves as a call to repentance. The shofar itself recalls the “Binding of Isaac”, an event that occurred on Rosh Hashanah in which a ram took Isaac’s place as an offering God.

Finally, after sitting through services, Tashlich pronounced (tash-leek) is observed by going down to a riverbank to cast your sins.  There are several reasons that this custom is observed:

Though it sounds like a lot to do, these services mean a lot to a person of Jewish faith.  I hope this blog answered some questions about what Rosh Hashanah means.  For more information, please go to the Chabad webpage Here