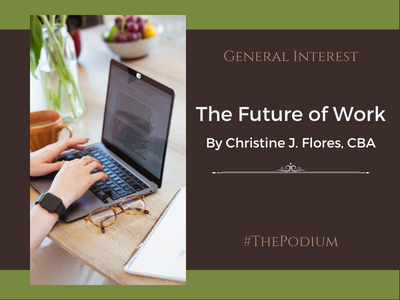 The pandemic has forced many companies to re-think how work is done.  Remote work has become quite popular and for some companies, it has worked out well.  Hybrid schedules seem to be prevalent for almost any industry.  There are some countries that have had success with a 32-hour workweek, which is probably attractive to many, especially if it does not involve a cut in pay.

The accepted number of hours people should work has evolved over time.  There was a time during the Industrial Revolution when factory laborers were clocking as many as 100 hours in a week.  Henry Ford made the eight-hour workday popular in the 1920s, but the 40-hour workweek didn’t become the standard until the Great Depression.  At that time, the government saw shorter workweeks as a way to spread jobs among more people.  That standard has stood strong for more than 80 years.

It is unlikely that the government will make four-day workweeks a rule for employers in the near future.  A bill that would have changed the definition of a workweek from 40 hours to 32 hours for companies with more than 500 employees stalled in the California Legislature.  The bill provided that people who worked more than 32 hours would receive overtime pay.

Opponents of this concept say it would stunt job growth in the state, and that it would significantly increase labor costs and impose requirements that would be “impossible to comply with.”  National legislation introduced in Congress last year also failed.

There are some companies that are adopting this model.  One such company, Gun Interactive, located in Kentucky, finds that employees stay focused to complete their tasks and return to the office on Mondays refreshed because they have had sufficient downtime.  More than 20% of companies are implementing some version of a four-day workweek, and an additional 46% are planning or considering a shorter workweek.

In an international study by New Zealand nonprofit 4 Day Week Global, 33 companies with nearly 1,000 workers tried a shorter workweek for six months.  Most of the participants were in the U.S. and Ireland.  The companies found that revenue rose over the course of the trial period.  Sick days and absenteeism were down, and resignations fell slightly.  Stress, burnout, fatigue, and work-family conflict all declined, while there were increases in physical and mental health, positive affect, work-family and work-life balance, and satisfaction across many aspects of life.  Of the 27 companies that completed the final survey, 18 said they would definitely continue the four-day schedules.

While it is not a law at this time, it does seem that we may not be too far off from a four-day workweek being the standard.  It is certainly something to look forward to.  For more detail on this subject, please see the Los Angeles Times article found at this link:  https://www.latimes.com/california/story/2022-12-16/four-day-workweeks-not-as-crazy-as-it-sounds#:~:text=As%20disruptions%20to%20standard%20workplace,every%20Friday%20a%20paid%20holiday.