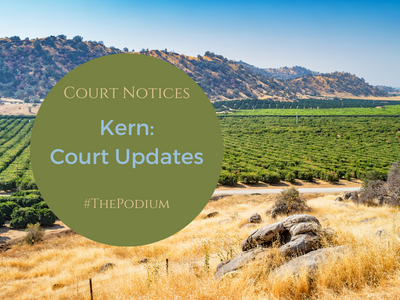 The Kern County Superior Court is pleased to announce the election and swearing-in of two new Judicial Officers. Judge Michael A. Caves and Judge T. Mark Smith were sworn in on January 2, 2023.