Are they coming for us next? How Dobbs affects the LGBT community. 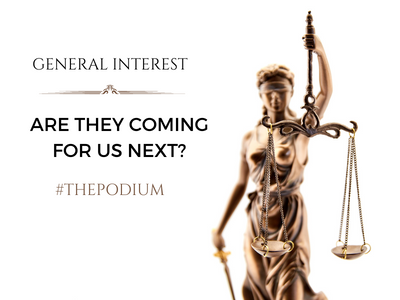 JKZ has always been committed to civil liberties, including the LGBT community and Women’s reproductive rights. We are disheartened with the supreme court’s decision today and how it impacts not only our clients, but our community and our country. With that we wanted to share a personal note from one of JKZ’s founders Deb L. Kinney.

Minutes after the leaked Dobbs decision and again this morning after the official SCOTUS decision was shared, I received texts and emails from clients and friends asking if “we were next”.  At first this took me back to the post Prop 8 days where we suffered a huge blow on the trajectory to gaining marriage rights and had no idea of our immediate way forward.  But this is much different.

In 2008, we were unified and hopeful.  Along with our painful defeat in California to retain marriage rights, we celebrated the first Black President, and his election was a symbol of the vision and hard work that had been done by many over decades.

In 2016, we were reminded that a woman cannot be elected even when she is running against a candidate with little experience and a dubious reputation. That lack of unity amongst the majority of the country to insure a more qualified candidate led us to what was and is possibly the greatest mistake our country has made in centuries.  Former President Trump’s ability to appoint three Supreme Court Justices will affect our lives for decades to come.  But it isn’t just the President that was elected, it was also the number of state and national elected representatives that were voted in that were, and are not, in step with the majority thinking.  Women have had their rights eroded ever since and attacks on other minority communities have only intensified.

In 2020, Virginia was the 38th state to ratify the Equal Rights Amendment (ERA) which should have led to the enactment of the 28th Amendment to the Constitution, giving women equal rights and protections.  But as that seemed more real, the opposition stayed strong and to this day, the ERA is in legal limbo.  Neither Democrats in the Senate nor the White House has made the ERA a priority.

Today, in Dobbs v. Jackson Women’s Health Organizations, the Supreme Court just eviscerated a women’s right to bodily autonomy, sense of security and ability to live freely in the United States.  Six justices agreed that a woman cannot be free to choose if and when she bears children.  They cited various arguments including that the right to privacy does not extend to reproductive justice.  They also said that the right to privacy is not guaranteed in the Constitution leading one to think that other decisions like contraception and marriage equality might also be at risk in front of this Court.

I have counseled thousands of LGBTQ+ clients about their rights and privileges over time.  At first the conversations were short, and we instead concentrated on how to work around the dearth of protections by executing proper documents and planning.  Now the list of rights are longer and the conversations are more about how to fix the many years that relationships were not recognized, and how to take full advantage of the legal and tax system afforded to married couples throughout the United States.

But today, I fear that there could be a roll back of rights if we don’t take what to many will seem like drastic measures.  The greatest defense and offense we have right now is becoming more politically involved than ever.  That means voting, protesting, donating to campaigns, understanding who the candidates are and evaluating their records.  It means discussing issues at dinner parties and cocreating plans to make an impact.  It means watching or reading the news and participating in social order.

Democracy is a verb – we all must do it to make it real.  Erosion of rights is happening all over the world and referendums on LGBT rights are happening before our eyes, abroad and in the US.  Rick Santos took his anti-gay rhetoric from Orban in Hungary who got it from Putin.   This is not at all by accident that the religious far right is going after rights.  But we can stop it.  We must.

Yesterday, Vice President Kamala Harris said that “all Americans have something at stake in this decision.”  She is not wrong.  When rights are taken away, we all lose something.  When laws are passed or enforced that benefit a few and not the majority we all lose.  We have seen the erosion of rights one by one in history before and we can stand by and let it happen or we can work hard to make sure it does not.  At this critical juncture, the choice is ours.

It may feel like a lot.  Many of us have been doing this work for years and are tired.  Or we have busy jobs and kids and can’t imagine where more time and energy will come from.  But for many of us, how we live is a choice still in this country. If we have privilege because of the color of our skin, our gender, our economic status or educational opportunities, then we have even more duty to do what it is that defends the freedoms of all.

Are they coming after us?  I don’t know.  But I do know that if I do nothing I cannot later be surprised.  If I act now, I believe that we can keep our families and communities safe.  If we learn to make calls and encourage disenfranchised voters to participate fully in our system and make sure our kids and their friends understand the importance of a representative democracy and bring political discourse back, to better understand the needs of others and how we can work together, we can make progress.  If we hide our heads in the sand or avoid the harder conversations about outcomes that will impact our lives, we will wake up wondering what happened much like history recounts.  We have a choice, but time is running out.

We want to thank Yulissa Zulaica, of Johnston, Kinney & Zulaica, LLP for allowing us to share this article.   Click here to view the original article on the firm’s website.